All balloons flew safely through the night. Two competition officials had been on duty through the entire night keeping an eye on all the action. As expected, intensive communication and headquarter support eased to clear balloons through air spaces, namely Bern and Zurich. Munich-airport had several direct overflights and pilots sent spectacular images from above. The cooperation with air traffic controllers en-route is excellent. The weather is as predicted. The wind directions and the speed are as calculated prior to take-off. The main rain area is currently extending from the Vosges to Hamburg all across the western part of Germany. It will arrive at Switzerland during Saturday morning.

We can already identify 4 different strategies.

Two balloons (SUI1 and GER3) are flying very low and slow. During the night they passed the City of Zurich to the East and are now heading north. We speculate that they will try to have the rain pass to their North and they then will fly on the back-side of the front trying to reach Northern Germany, possibly Scandinavia. Since the impact of the rain leaves question marks, their option would be to stay ahead of the rain by climbing soon and moving to the North at a higher altitude to make the distance.

The second cluster of balloons passed Munich on an easterly course and then made a steep climb at the German-Austrian border. Their changes in direction are entirely due to this rapid altitude change and you can see turns of more than 90°. We do not know how high they intend to climb but it is likely that they look for high wind speeds to arrive at the Baltic Sea before sunset tonight. These balloons are well ahead of the incoming rain. They will possibly pass Warsaw, then aiming at the Northeastern edge of Poland.

The third group of balloons continues on an almost straight line with the direction of Praha in the Czech Republic. These balloons also have the country of Poland as their main field of play and it needs to be seen how they manage to achieve the maximum distance possible.

The fourth group is consisting of one balloon, team France 1 with the 8-time winner Vincent Leys. He flew at very high altitudes during most of the night. At 07 local time the pilots had reached the city of Pilsen in CZE at an altitude of more than 5.500m above sea level. The speed at that altitude is very high. There is a possibility that this team increases the distance to the front and will later find favorable conditions to pass Kaliningrad to the West on their way to the Baltics or Scandinavia.

These are our speculations and interpretations from the ground.

At this moment, each of the 4 different scenarios are of equal chances still. This Coupe is going to become a very tactical race with totally different approaches to solve the weather-situation which is quite complex due to the incoming low and its associated front. The speed is also high and the distances traveled today will be very impressive.

Competing pilots will keep their support crews very busy and seek their view on the meteorological situation. All this will then be input for the final routing which has to take airspace restrictions into consideration. This is a three-dimensional chess-game! 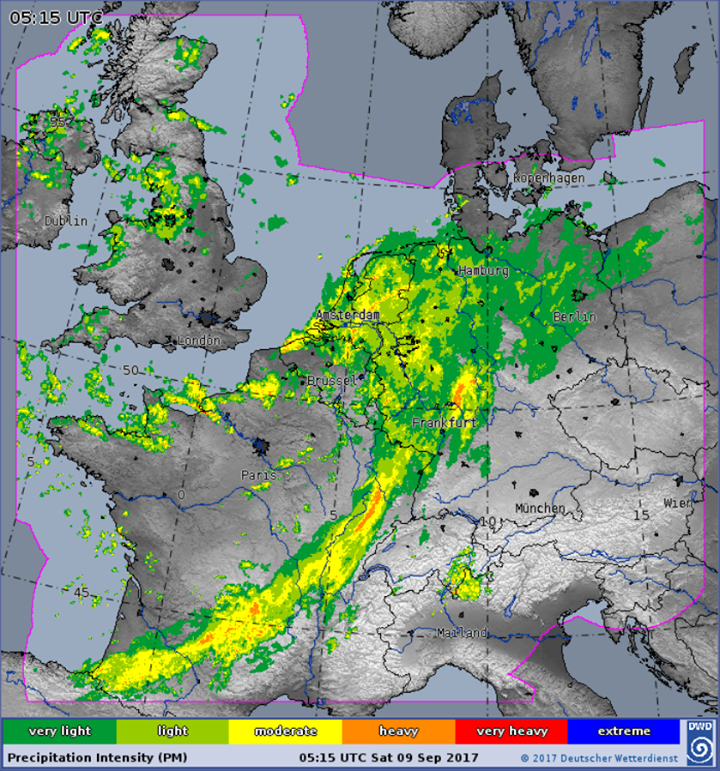