Balloons have now been airborne for 20 hours. As per our forecast of yesterday, the weather allows for very different scenarios. The live-tracking map on live.gordonbennett.aero shows all the amazing flight paths that were chosen. 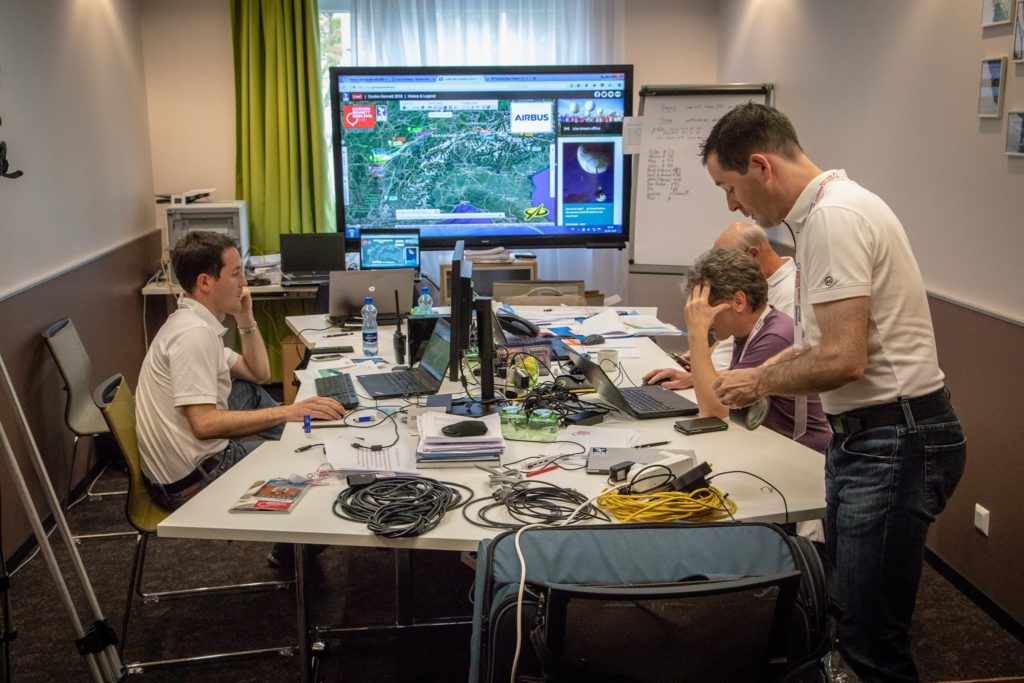 Last night, those teams who selected to fly at higher altitudes have been faced with three challenging tasks. To cross the Alps at very high altitude (as an example, team RUS’ max altitude had been 5.600 m); to tackle the complex airspace structure in Italy and finally, to identify safe routings into the Adriatic Sea with a reliable entry-scenario into the Balcan countries/Greece or Italy. Current trajectories would take balloons back into the Italian Peninsula by Sunday morning, but admittedly, a long way to go. As a result, the three easternmost teams (SUI3, AUS1, AUT1) landed already.
The cluster of balloons heading to the West and South West are very interesting as well. They stand for several different “sub-strategies”.
Team Japan had been in the lead for many hours of the race. As expected, the Bise-effect pushed the team with increasing wind speeds to Geneva and then down the Rhone Valley with a Mistral-effect. The team decided to terminate their flight in the Rhone valley. The main reason was that the projected flight path would have taken the team into the Mediterranean Sea; this is no problem per se, however, the trajectories did not promise reliable tracks into the mainland of Spain or into Italy.
The next 2 hours will reveal the winning strategy for the race.
The remaining balloons are now flying in Central France. It is expected that many of them try to reach the area of Biarritz in the very SW of France. There is still a theoretical option that those balloons who are now most North in that cluster might reach a NE-course; however it would require another 40 hours minimum in the air. Quite tough and demanding. We expect at least one more night; we know that some teams might consider a third night in the air. With this endurance, Poland becomes a possible target area.

By sunset today, the picture gets more clear since we will see which teams are taking the second night. Markus Haggeney, Sports and Events Director FAI – Fédération Aéronautique Internationale