What is a gas balloon

Gas balloon: the envelope is filled with a gas lighter than air: nowadays hydrogen is the most common used gas as helium has become very rare and very expensive.

As commercial ballooning became popular, the balloons have grown in size in order to carry as many passengers as possible.

Hot air balloons need a lot of propane to be burned to keep the balloon aloft. Because of all this weight to be carried, hot air balloon flights are rather short : An average flight will last about one hour.

Gas balloons flights last much longer, a short flight will last 2 or 3 hours, during the GB race, the competitors can fly as long as 92 hours (actual record). And of course, to keep the balloon in the air, pilots use ballast (usually sand) to throw over board to maintain the balloon at its altitude. 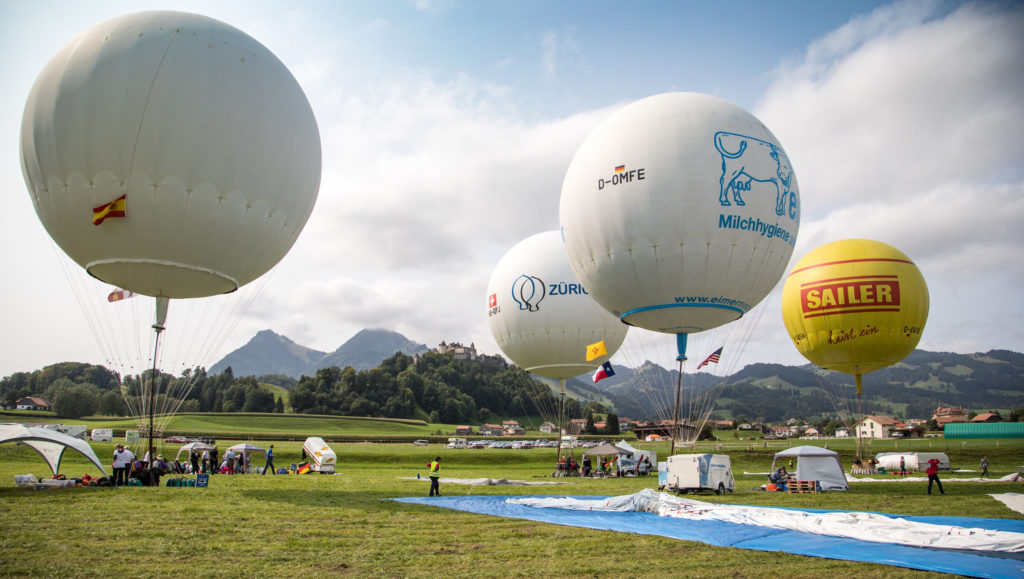 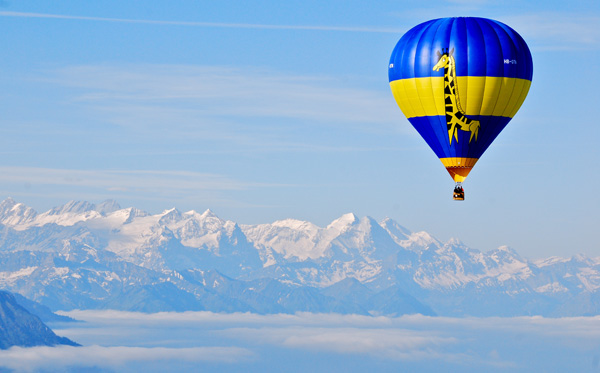 There are 2 types of gas balloons: 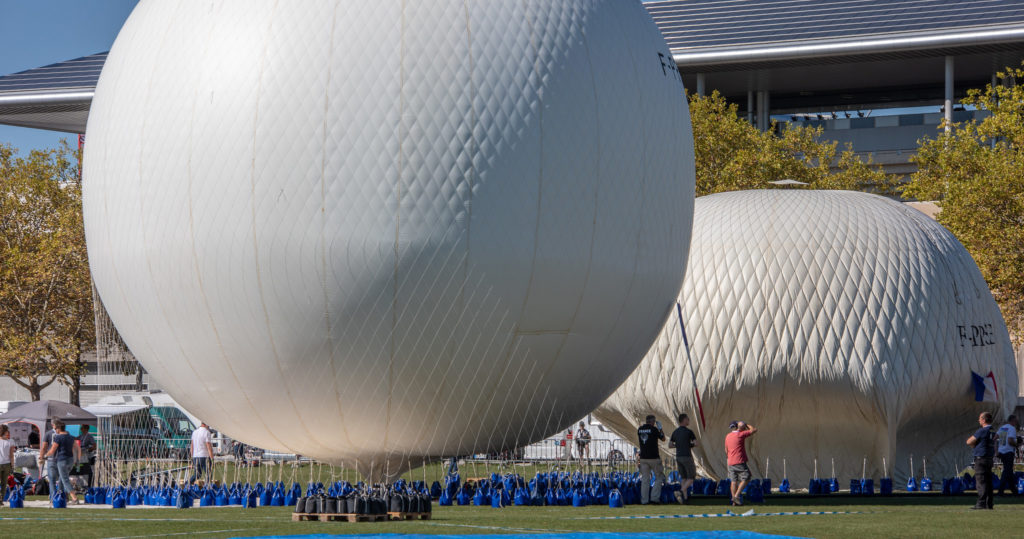 By the rules of the GB race the balloons are limited in size to 1000m3.

The idea is to take as much ballast as possible to stay in the air the as long as possible.

The difference between the lifting mass and the weight will be BALLAST.

This is why envelopes are nowadays much lighter than in the past (the envelope of the French balloon “Grain de folie” weighs less than 100 kgs, in comparison with some old Wartsteiner balloon weighing about 165 kgs)

Gondolas are now made with ultralight material and can weigh as little as 17 kgs….

Pilots are to be as light as possible and very often, champions look like jockeys.

Because of all this, at the launch of the race, the ballast taken by each balloon can vary between 450 to 750 kgs.

And of course, the more ballast you have the longer you will stay in the air.

To be taken obligatory on board:

Beside this, all competitors, are taking 1 or 2 computers on board with all aeronautical charts uploaded and the possibility to consult weather charts, and to look up the live tracking of the race!!!

They will have as well a satellite telephone in order to communicate with the Event Director or their team on the ground.